That’s a lot of money up for grabs. So you’d think there would be tons of innovation happening as big players vie for more market share.

But the reality is there is very little meaningful innovation and massive amounts of novelty.

5BX – was a program from 1961 that was developed for the Canadian Air Force and went on to become popular worldwide. 5BX contained 5 basic exercises like push-ups, sit-ups, and running in place.

Nautilus – In the 1970’s Arthur Jones build a fitness empire with the innovation of a elliptical cams in place of round pulleys. Same exercises, same basic machines, just a cam instead of a pulley.

Bowflex – Next came a wave of machines that used flexible polymer rods for resistance. Same exercises, no rubber band or cams.

P90X – 5BX meets Amway. A mash of dozens of common exercises promoted by multi-level marketing. Does at least a half-billion in sales!

Basically, the “innovation” in 60 years of fitness has mostly been in marketing, with the occasional variation in how 50lbs of resistance is generated. (Did I mention ‘Total Gym’ where the resistance involved rolling Chuck Norris’s bodyweight along slanted rails? Wow. Almost Mars-landing tech there.) 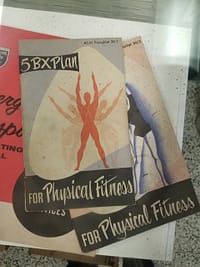 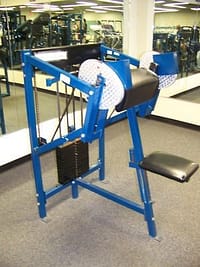 Where is the Future of Strength Training?

Well, the junk marketing will likely be around at least a few more decades.

This is an emerging sector called ‘personal metrics.’ That’s where the important future is.

Even a guy like me with a pessimistic outlook on the fitness marketplace can see it’s only a matter of (too many) years until people actually wake up to the value of strength metrics.

Eventually your watch, wrist band, or other device will tell you:

If all of that isn’t enough to look forward to, there’s another huge benefit. All those other “innovations” in equipment and routines will actually be measurable with objective metrics.

That will be a giant B.S. detector.

Novelty has its value in life. But strength training fitness is important and it deserves to be practiced like cardiology is. Fact-based, empirically tested, objectively measured parameters that are proven to deliver positive results at a predictable rate.