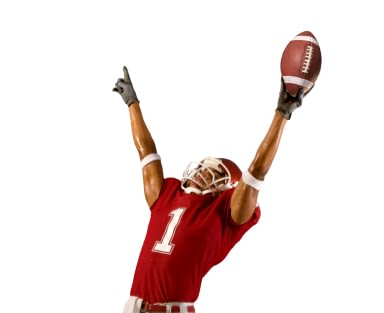 We like to post success stories from time to time so our readers can read, learn and possibly relate to real life examples of how SCT has helped other readers. This latest story comes to us from Tom Strong, who is a frequent contributor to the blog.Â  As someone who is 70 years old and is active as ever, we can all learn a lesson or two from Tom, who says . . .

I have been active most of my life. Growing up in mining towns we spent a lot of time outdoors hiking, climbing rocks and exploring old mines. When I graduated from High School at 18 I was 6 ft. tall and a thin 155 pounds. Four months of Marine Corps boot camp added 20 pounds of muscle to 175 pounds. I stayed at that weight during my 8 years in the Marine Corps. Going to a college and working as an accountant I gradually worked up to 195 pounds; the 20 pounds that I added was fat primarily around my waist. At age 40 I quit smoking and took up walking, running and hiking in the mountains in Southern California; dropping to 165 pounds â€“ no upper body muscle to be seen but no fat either. About age 47 I stopped running and by age 50 had gained 20 pounds of fat and went to 185 pounds. At 50 I became a vegan, dropped 20 pounds quickly but over the next 17 years I gradually added those 20 pounds back on.

At age 54 my wife and I opened a small Print Shop and while most of my duties were selling I also took care of moving paper around and delivering to our largest customers. I joked that I didnâ€™t lift iron but I lifted a lot of paper. Unfortunately I didnâ€™t use my left arm as much as my right and while both arms lost muscle over the years the left lost more muscle.

We sold our print shop in January of 2008 at the age of 67 and I determined to get back into shape. I began walking, my right knee hurt if I ran. I also bought at Total Gym 1500 and began using that. In June I started a membership at LA Fitness and had a personal trainer twice a month for six months. In January of 2009 I began to study and become certified as a Personal Trainer, Nutritional and Wellness Consultant, Advanced Personal Trainer and Sports Conditioning Consultant. My time at the gym consisted of the standard 3 days of strength training and 3 days of cardio. The strength training did help me gain muscle, I became able to run with no pain again and I lost 10 pounds; going down to 175 pounds again.

However I reached a plateau with most of my exercises and didnâ€™t see myself going past that point. I began looking on the internet for help. I found and purchased Pete Siscoâ€™s [Static Contraction workout] and began SCT October, 19, 2010.

Over the last five and a half months the biggest size gain has been in my shoulders; 4 inches going up to 44 inches, my right arm gained Â½ inch to 12 Â¾ inches, left arm gained Â½ inch to 12 Â¼ inch. My chest actually lost an inch (now 42 inches) while my waist lost 2 inches (now 34 inches). My right and left thigh each gained Â½ an inch to 21 inches, my right and left calf are now 15 inches, my right calf had been 2 inches larger than my left, I lost an inch in my right calf and gained an inch in my left calf. My weight and height remained constant at 175 pounds and 6 feet.

My upper arms (biceps and triceps) were shaped somewhat like a 2X4 but sort of concave. They are now fuller. When I flex in the mirror it looks like more of a gain that the Â½ inch reflected on the tape measure. I am expecting that my arms will both see gains in the upcoming months. In addition to doing the SCT arm exercises I have recently been doing a one armed dumbbell biceps press for the left arm; I use both hands to get into position then hold with the left arm for 5 seconds.

My chest did have some fat where I measured around my nipple area which caused the inch loss. The upper and inner parts of my chest have seen the biggest gain, but not measurable with the tape. In addition to the flat bench press I am doing an incline bench press, both close grip and wide grip. I have noticed that I am lifting at least as much weight on the incline as I lift on the flat bench press.

Iâ€™m still not where I expect to be; but I am proving to myself that at regardless of my age and Vegan diet I can get stronger!

Tom, those are gains you can be proud of at any age, never mind at seventy. Well done.

Great post Pete! Congradulations to Tom. Love to here about people in their 60’s,70’s, and eighties that have a life long ambition to be healthy and strong. Sometimes I think I’m all alone. All my lifetime friends are relying on medicine and science to bring back their youth and health. What a joke that is! Their missing out on the best time of there lives right now. People who are young think getting old is really going to suck, but I’ll tell you their compleatly wrong. There is no getting old if you exercise, eat right and take care of your body and mind. I’m 62yrs. old and worked extra hard to retire early(age54). I wanted more time to do the things I love to do. Golf,hunt, fish travel,just about everything! If you always dedicate time in your life for great health you will love being retired,healthy and strong all at the same time. I do SCT and heavy partial strong range rep. training along with interval cardio and a very clean diet. I am in the best shape of my life now, even better than when I got out of Marine corp boot camp at age 22. Age is not a factor, if you do what you need to do to enjoy life to the fullest! Keep up the good work Pete and Tom!

An inspiration to everybody. Not only did you lose body fat and balance your body differences, by the sounds of the weights you can SC, your strength has went ballistic too!

You give everybody inspiration as nobody is getting younger I notice. My friend tells me he was shown how to do feet-up-on-the-bar press ups by his 78 year old gymnastics coach, in between bar work. As you say age is not a factor! It’s a competition to see what you can do with your next session and with Pete’s training it’s usually good news.

Thanks for the kind words, Frank.

Thanks to those who have commented!

Yes the amount of weight that I am lifting has increased dramatically, I wouldn’t call it ballistic, but I am very happy with it. The Bench Press had increased by 80 lbs, the Shrug by 220 lbs and the Leg press by 310 lbs and I am looking forward to greater gains.

I feel that I am still being held back on increases in the Bench Press by my arms; I had purchased the Super Arms Rep book and will be using that in the future as well as components in the CNS book.

As to my Vegan diet I basically shoot for 60% of the calories that I eat to be carbs, 20% protein and 20% fat. With what I estimate that I burn I aim for eating about 2500 calories per day. Calculated out to grams, with carbs and protein providing 4 calories per gram and fat 9 calories per gram, I eat about 375 grams of carbs, protein 125 grams and fat 69 grams. I don’t take protein suppeiments but do eat a lot of soy products, and do eat about 5 times a day. I don’t measure my food, so all of this is rough estimates.

I didn’t follow Pete’s and Greg’s advice about adding more time to my CNS workouts, (a modified workout B) and had a poor showing yesterday. I only waited 2 weeks between this and the previous one; where as the time between the same exercises previously was 3 weeks. This time I’ll wait 3 weeks and 3 days!!!!!

Until then I will be doing the super arm reps every seven days; my arms, particularly my wrists, are still holding me back and I do feel like I need the volume as Pete had recommended.